Denmark’s beautiful sightseeing site: Himmelbjerget Not the tallest, though… The name The proprietors of Himmelbjerget

In the Nordic mythology, Himmelbjerget (The Sky Mountain) is the tallest mountain in the world of the gods, Asgaard. The god Heimdal lives on Himmelbjerget and sits at the end of the rainbow, Bifrost, and safeguards that no giants sneak into Asgaard.

Not the tallest, though… 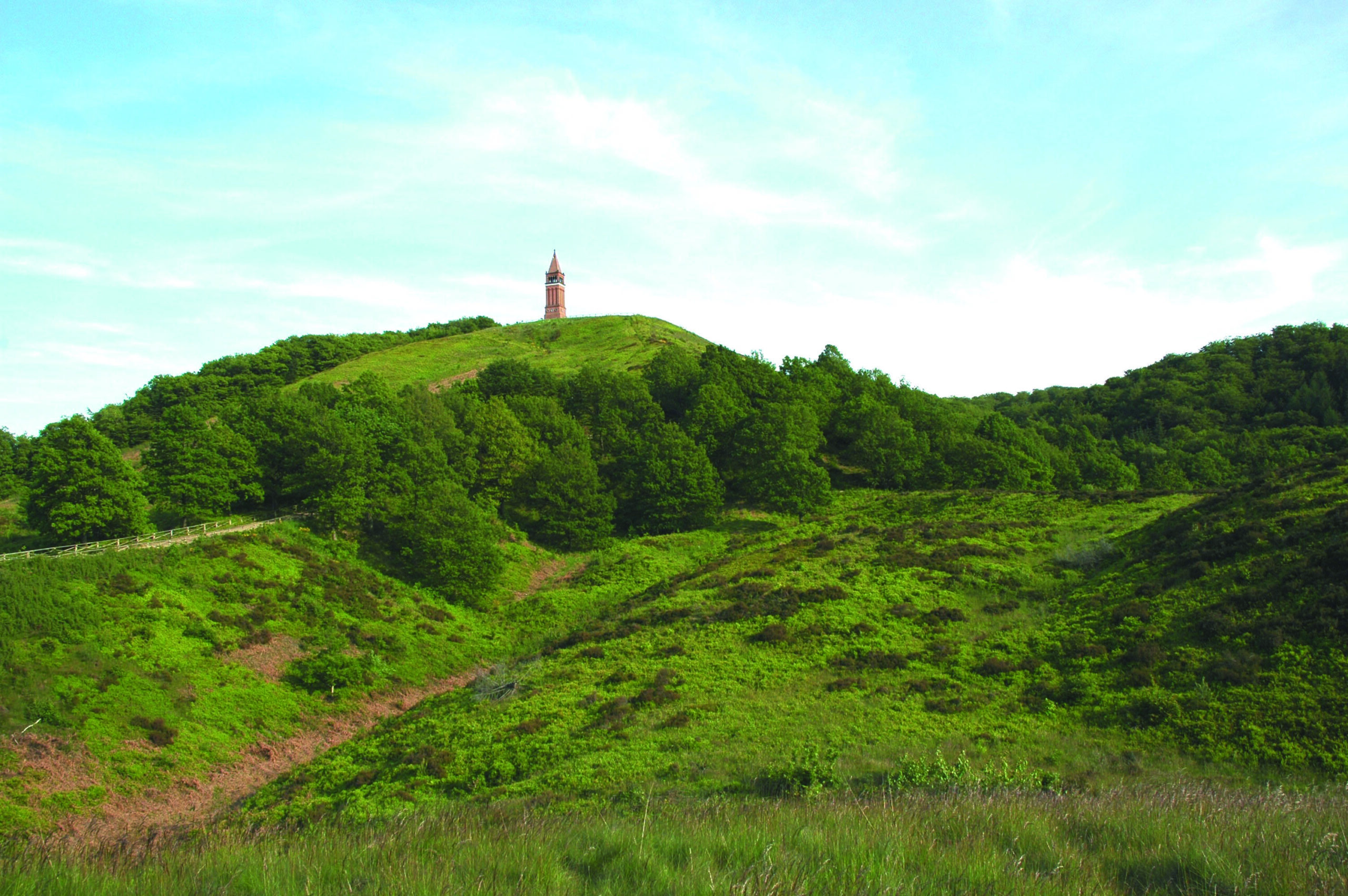 Not the tallest, though…

Until the mid-19th century, Himmelbjerget was regarded the highest peak in Denmark. It is indeed impressive when considering the Danish conditions, and it gains additional mountain-atmosphere by the steep descent on the path down towards Julsø.

However, a series of height measurements in the mid-19th century revealed that the height of Himmelbjerget was surpassed by several Danish peaks, e.g. the area of Ejer Bjerge with Ejer Bavnehøj, Møllehøj and Yding Skovhøj, all towering approximately 25 meters higher than Himmelbjerget.

The name, Himmelbjerget, exists in writing already in the beginning of the 1700s. A dramatic wolf hunt took place on the mountain and, in the subsequent legal documents, the location of the hunt was referred to as Himmelbjerrig Kol.

Today, the Danish Forest and Nature Agency and the Tower Committee (The committee for preservation of memorials on Himmelbjerget) jointly own and operate the areas, but, throughout history, Himmelbjerget has had a variety of proprietors.

During the middle ages, the woods surrounding Himmelbjerget belonged to the catholic Øm monastery, which was – until the reformation in 1536 – the largest landowner of Søhøjlandet, and the woods provided the monasteries with wood for both building constructions and firewood.

In connection with the reformation, the monastery estate was expropriated by the king, Christian 3rd (King from 1534 to 1559), and Søhøjlandet became the King’s private hunting grounds. His successor, Frederik 2nd (King from 1559 to 1588) brought together the administration of the Crown Estates and transformed the old royal castle in Skanderborg into a grand renaissance castle.
To provide window glass for his castle, the King initiated a glass production facility west of Himmelbjerget, where there was both firewood and quartz sand in abundance. Around the “glass stalls” clearings arose, which still lie as field areas spread out within the woods.

In the end of the 1700-ies, the Crown Estates were sold, and farms and homesteads slowly turned into freeholds.

When the poet and priest Steen Steensen Blicher (1782-1848) held the first public open-air meeting on Himmelbjerget in 1839, the peak was owned by the farmer Peder Nielsen on the Himmelbjerg farm. When Peder Nielsen the following year, in 1840, denied Blicher access to Himmelbjerget, it was acquired by King Christian 8th (King from 1839 to 1848) and given in perpetuity to the Danish people.